Winter season from early December through to late March 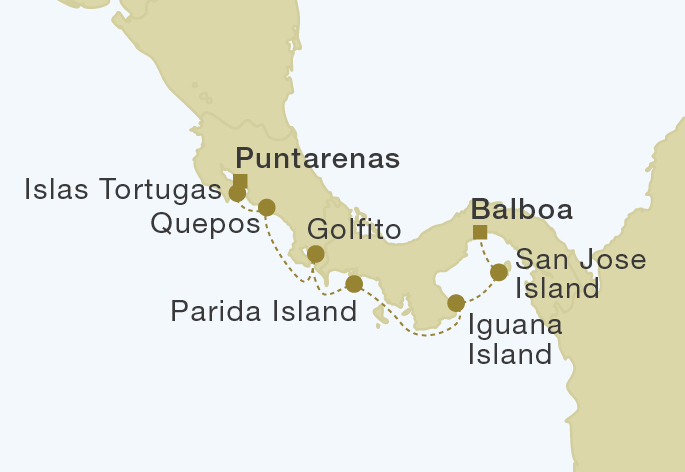 Contact a Star Clippers Representative for more information regarding this cruise. 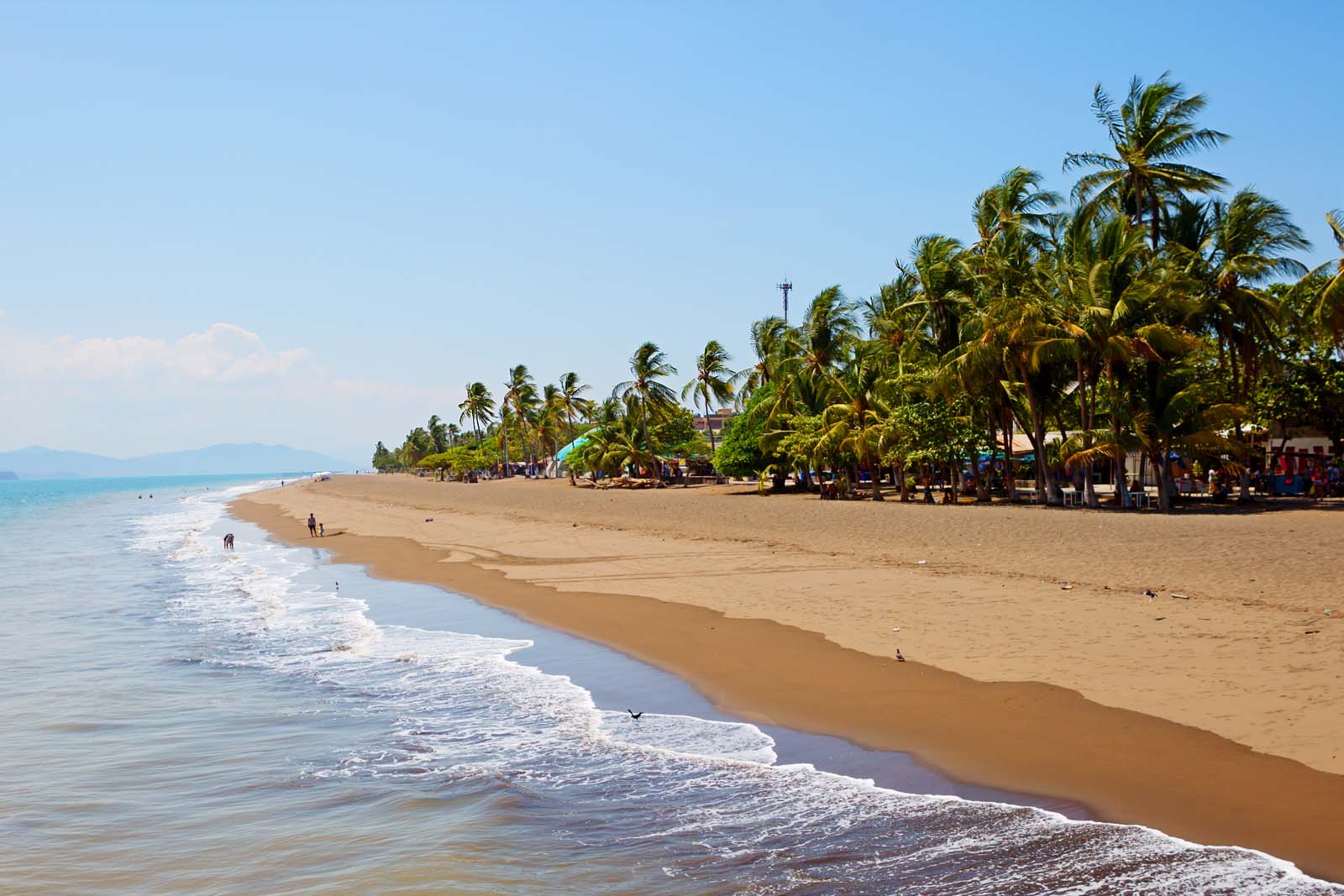 Puntarenas is a cruise port that is also a gateway to Costa Rica's Pacific Coast. Visit the Paseo de los Turistas promenade near the beach with its many bars and restaurants. 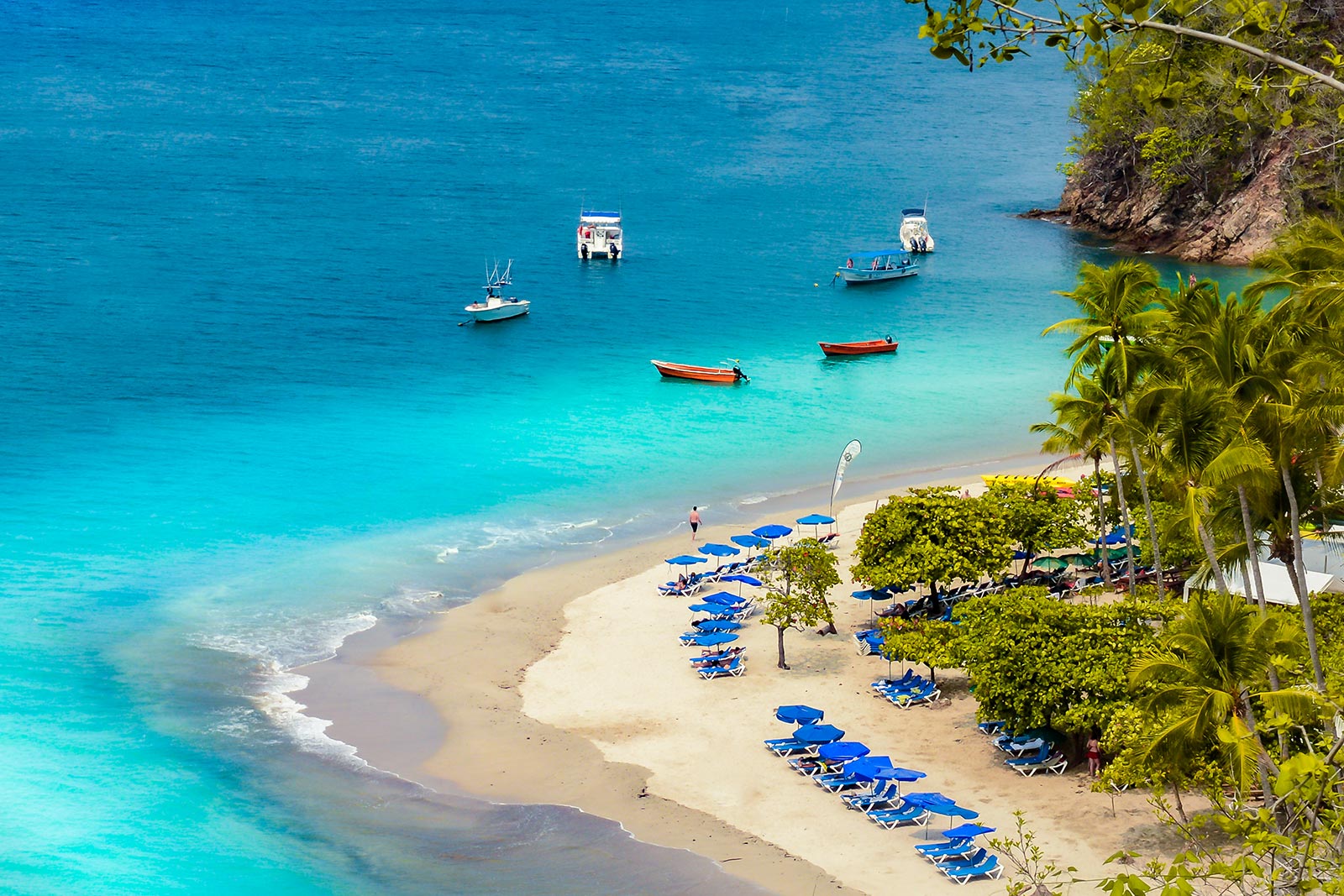 Isla Tortuga is widely regarded as the most beautiful island in Costa Rica. With giant coconut palms framing powder soft whitte sand beaches that are lapped by crystal clear turquoise waters, this really is a tropical paradise. You can also play beach volleyball, rent a kayak, swim, or even get a ride of a glass-bottom boat. However if you are feeling adventuous you can ride the zip line as part of a canopy tour.

The small busy town of Quepos serves as the gateway to the Manuel Antonio National Park. Although the rapid rise in ecotourism has meant that Quepos has been descended upon it, has largely retained it's authentic feel.There is a good restaurant scene, the streets are easy to navigate and the locals are friendly.

Golfito is Costa Rica's most southern port town. It was built on bananas – the United Fruit Company moved its regional headquarters here in the '30s and remained until it's departure in the 1980s.Today it acts as a gateway to visitors who wish to surf at Pavones or take part in sport-fishing. There are plenty of other activities on offer including horseback riding, kayaking and trips to nearby mangrove forests. 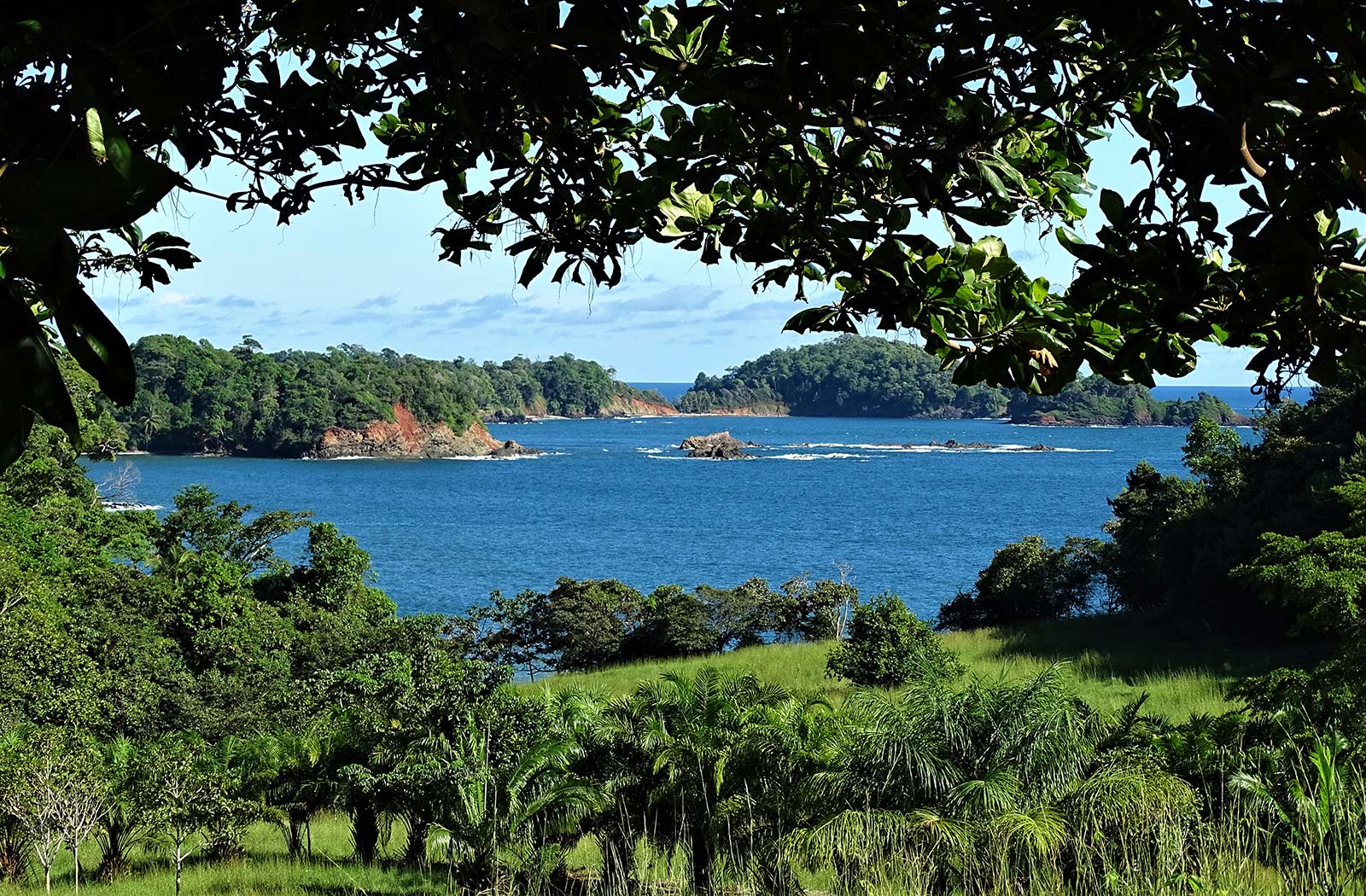 Golfo de Chiriquí is home to a national marine park with an area of just over 147 sq km, protecting 25 islands and 19 coral reefs which host abundant wildlife. It's home to howler monkeys, several types of nesting sea turtles and 280 recorded bird species. You can snorkel, surf or kayak in the calm waters or take a big game fishing trip. 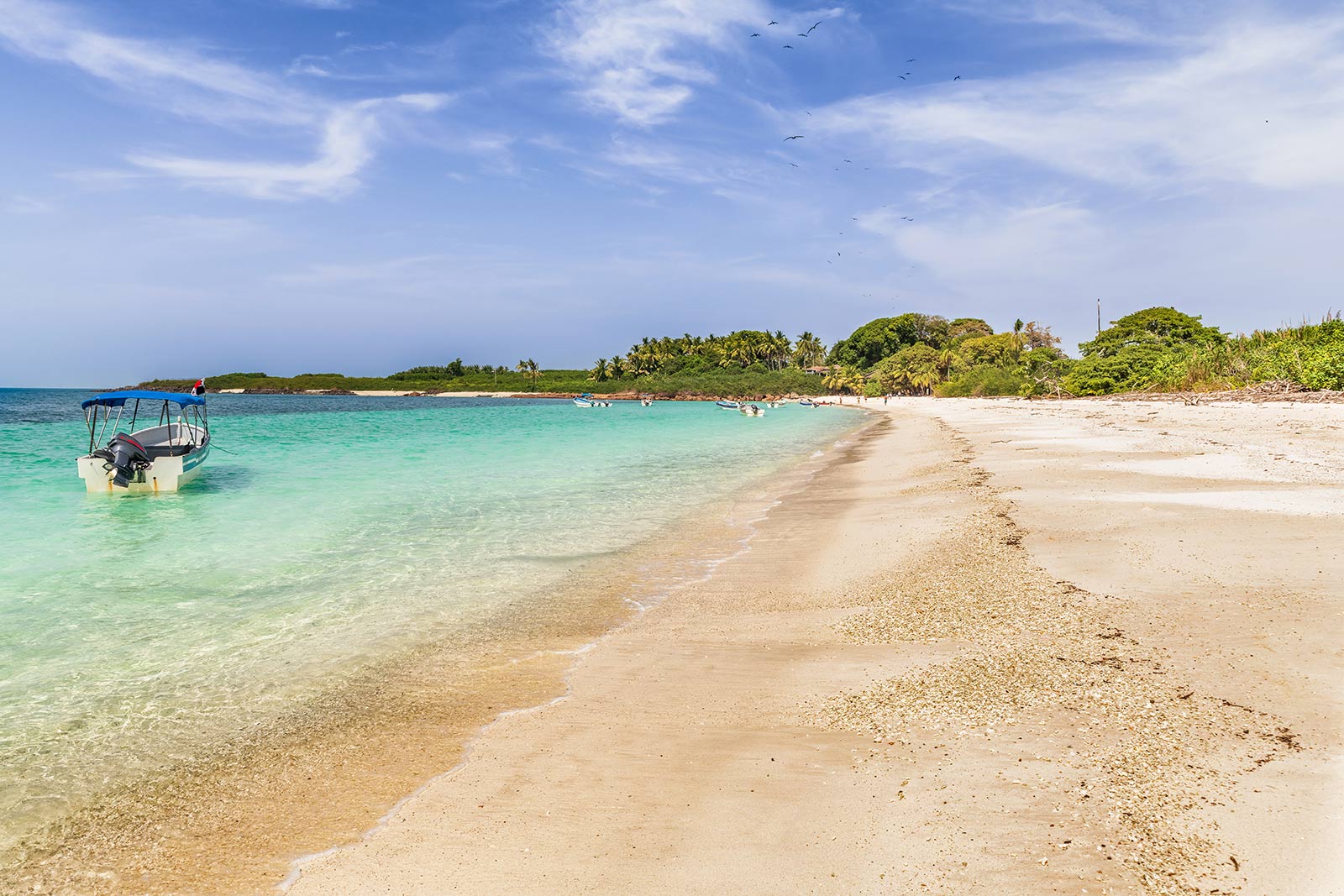 Iguana Island is a natural attraction of the Azuero Peninsula offering the only white sand beach in the region and beautiful clear waters. Accessible only by boat and Inhabited by rare birds, purple and red crabs and of course iguanas, it's considered to be a wildlife refuge. It is great for snorkelling and you may spot morey eeels, rays and turtles swimming in the warm waters. There is also a hiking trail that you can follow where you can see nesting birds. 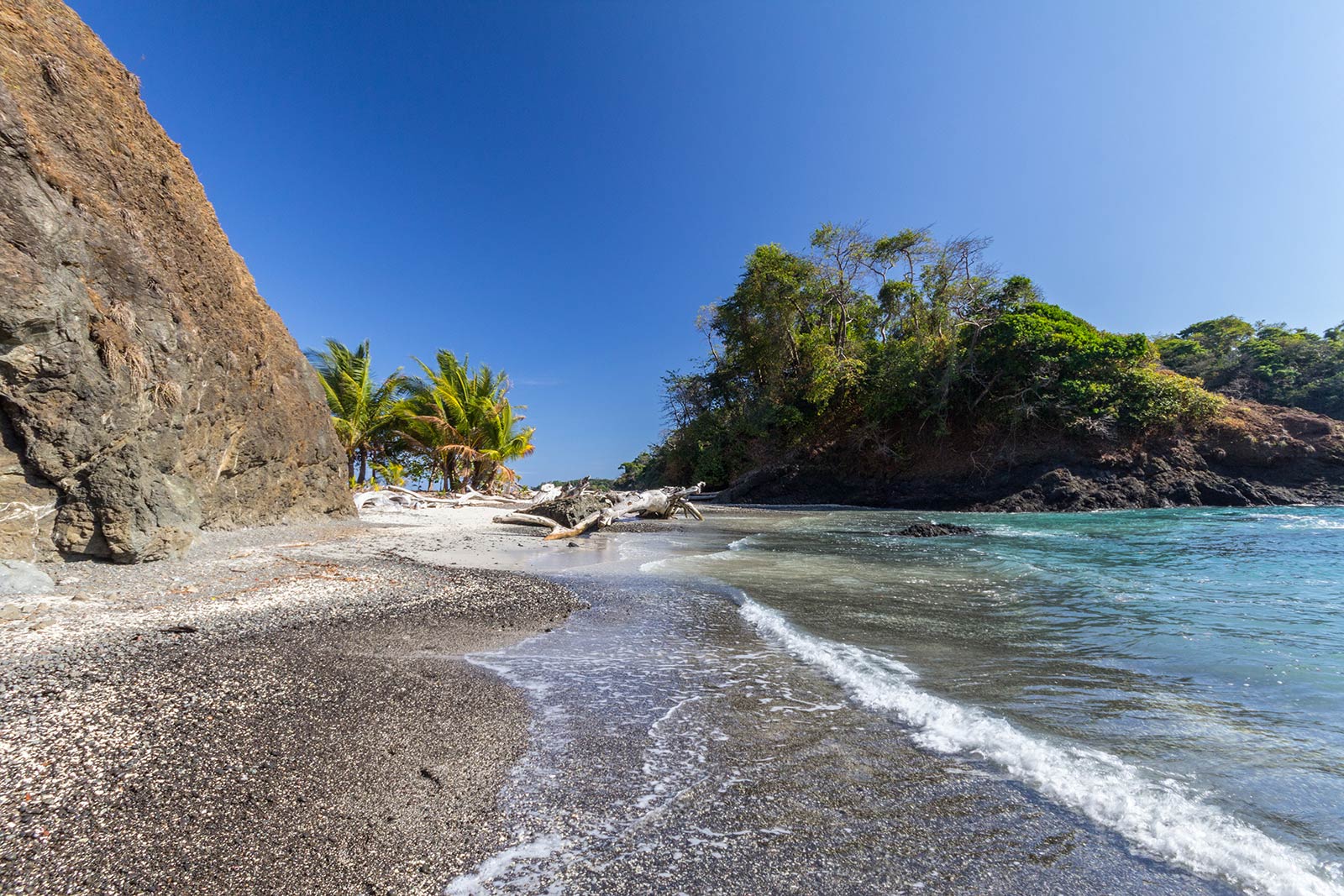 San Jose Island is the second largest in the Pearl Islands. It's located just 90 kilometers from Panama City in the Gulf of Panama.The waters of San Jose abound in tropical game fish, and are considered-among the best deep sea fishing grounds in the world. They host an abundance of tuna, black marlin, coberra, red snapper, lobster, shrimp and giant oysters.Coconut palms and wild sugar cane pepper the irregular coastline. There are also a stunning array of beaches to be found that vary in colour from coral white to ebony black and golden. 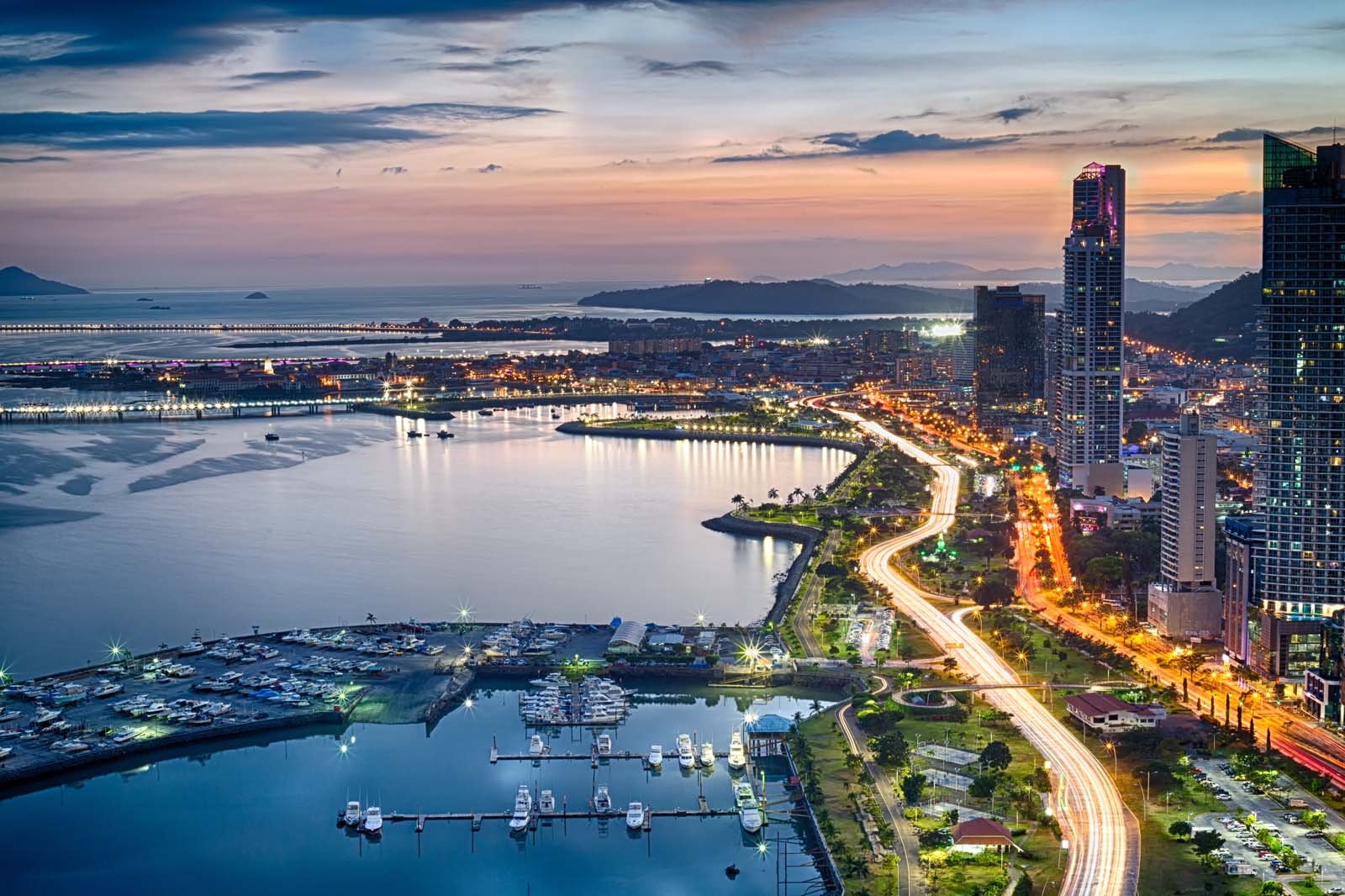 Along the piers of Balboa, the port marking the Pacific terminus of the Panama Canal, you'll see yachts from all over the world. Balboa was built to house American administrative headquarters for the Canal and many of the buildings are handsome examples of the American colonial style of the early 1900's.

All rates are per person, based on double occupancy in POUND STERLING, Cruise rates do not include air, hotel or transfer arrangements of any kind, Gratuities are not included, There are a limited number of three berth cabins available, Port charges are additional, Certain restrictions apply, Sole Occupancy Supplement: 100% category 1, owner's Cabin, 50% category 2 through 6.